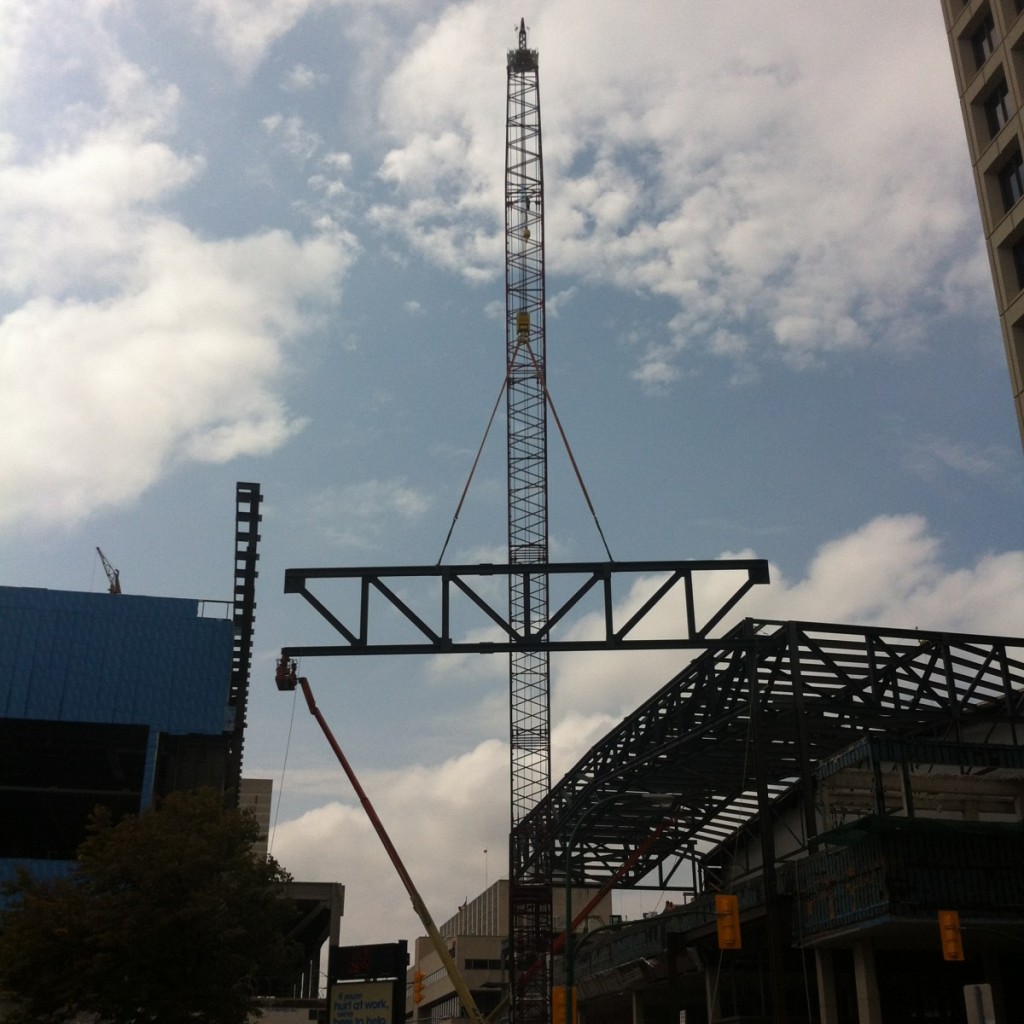 The two buildings have made contact with new steel trusses connecting the existing RBC Convention Centre with the new expanded facility.  With street level cranes working like puppeteers, these immense metal structures are being place one by one and slowly bridging the two buildings together. These trusses will be the ceiling of the City View room that will span York Avenue with an east and west view of downtown Winnipeg that will be second to none!

At a recent meeting of the convention centre department heads, this view was seen first hand as they took their meeting outside and onto the construction site for a unique hard hat tour of the new building.  Standing on what will be the new third floor exhibition hall gave them an early view of the immense space that will now be able to accommodate large trade and consumer shows all on one floor.

While most of the changes occurring have been on the outside, some renovations to the interior of the existing convention centre will start in September.  Overall project details are being finalized and tenders and bids have been received so expect to see some renovations being implemented this fall. 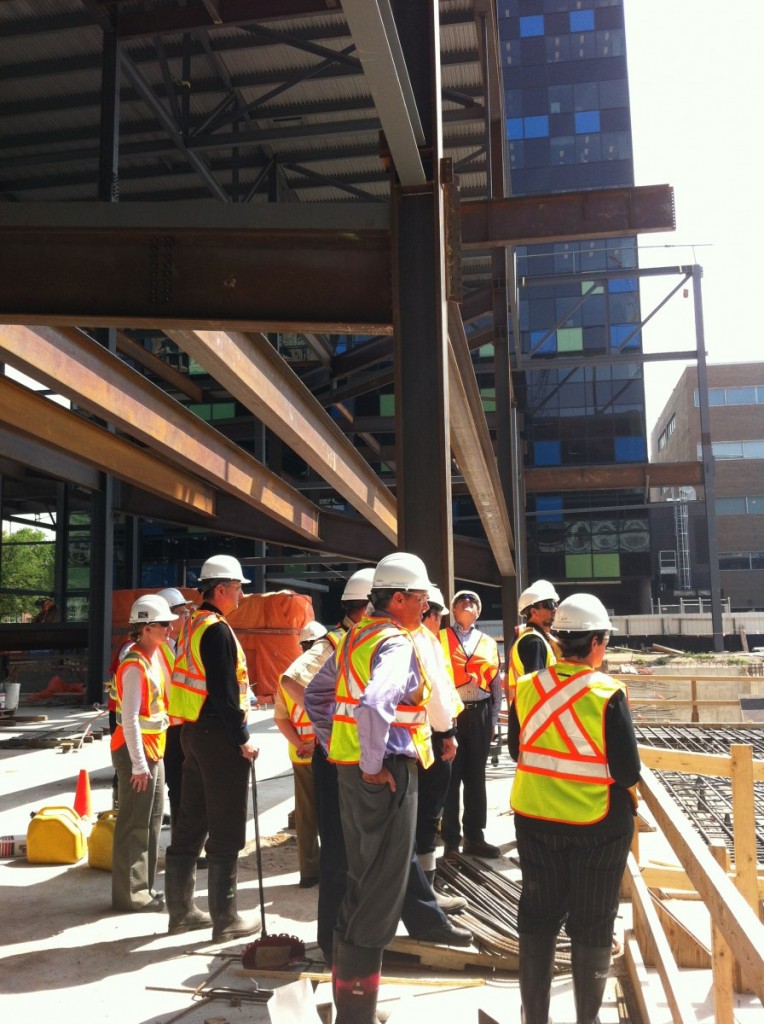 Department heads get a first hand look at the RBC Convention Centre expansion.