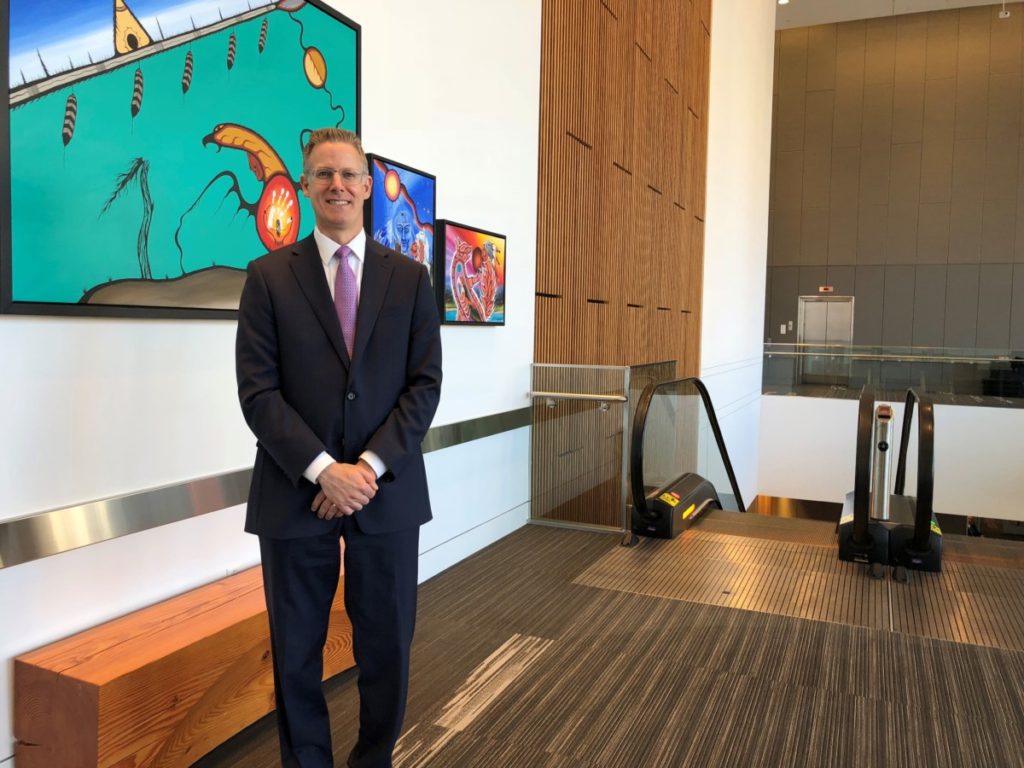 Fisher joins the convention centre with over 30 years of experience in the hospitality and tourism industry. He has held leadership positions at several Fairmont hotels and resorts across Canada, the most recent at the Fairmont Winnipeg where he has been the General Manager for over four years.

“We are pleased to welcome Drew to the convention centre organization,” said Crystal Laborero, Board Chair. “We held an extensive and thorough search and considered over 80 local to international candidates. We are quite confident that we have selected the best person for the position.”

“Drew has worked extensively with tourism organizations and in the hospitality industry. His experience in destination marketing and the hotel industry will make him a well-rounded leader to the team,” added Laborero.

Fisher first came to Winnipeg in 2002 to work as Director, Rooms Division with the Fairmont until he was transferred to New Brunswick 3 ½ years later.

“When I came to Winnipeg in 2002, there was a drive to revitalize the downtown at a real grassroots level. Change was happening. The Bell MTS Place was being built and there was emphasis on the exchange district,” said Fisher. “When I returned in 2014 and stepped foot into the new airport, I honestly wondered where I was. When I arrived in my room at the Fairmont, I could see the skyline of downtown had changed with the Canadian Museum for Human Rights outside my window. It was so encouraging to see how far the city had grown and was exciting to realize its future potential.”

“The opportunity to be a part of an economic generator like the convention centre that benefits the city and the province is a wonderful opportunity for me professionally,” Fisher adds. “And on a personal level, my family and I are overjoyed to put down permanent roots in this wonderful city.  This new position just solidified our future plans. My wife Jacinthe loves our unique Franco-Manitoban culture and our three boys couldn’t be happier.”

After 25 years at the helm of the convention centre, Lahr will leave with big shoes to fill.  He has been recognized as being a visionary and a leader with an understanding of the big picture. He has seen many changes during his time at the convention centre and played an integral part in the recent successful expansion. He championed the project for over 16 years and was influential in bringing it to fruition and instrumental in the project opening on schedule and within budget.

“We appreciate Klaus and thank him for his dedication and commitment and we wish him well as he enters this new chapter of his life,” added Laborero.

Lahr will remain at the convention centre until early May as he works with Fisher during a transition period.