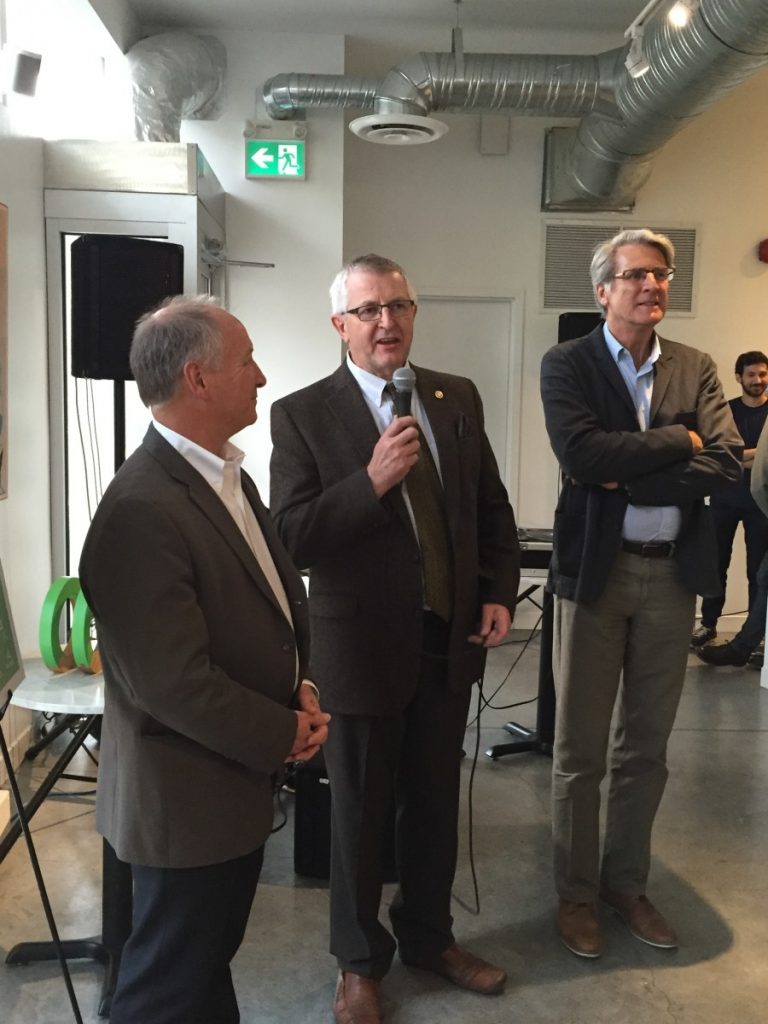 June 1, 2016 — StorefrontMB recently unveiled its 4th annual CommerceDesignWinnipeg Award Winners and the RBC Convention Centre was proud to be a 2016 Grand Prize winner.

The CommerceDesignWinnipeg contest rewards Winnipeg merchants for the exceptional quality of the interior and exterior design of their business and highlights the talents of designers. Every year it honours merchants who have called upon practicing designers in architecture, landscape architecture and/or interior design to help them design or renovate their business premises.

“The inspiration for the design of our expansion was to bring the outside in and offer more of an open concept with massive windows and natural light,” said Klaus Lahr, President and CEO, RBC Convention Centre. “With our signature City View Room and the floor-to-ceiling windows in the York Ballroom and pre-function space, there’s now a feeling of transparency and less of a mystery within the confines of our convention centre.”

Almost doubling in size, the impact of the expansion and renovation has enabled the convention centre to capture a greater share of convention business that may not have considered Winnipeg in the past. With the quantity of new space now in place to meet this new demand, it is the quality of space and the flexibility that is attracting the attention of meeting planners.

“With over 264,000 square feet of unique and distinct meetings rooms, we can now accommodate multiple events at the same time and attract international, national and regional events that may not have looked at our city before,” adds Lahr.

As part of the CommerceDesignWinnipeg award, the public has an opportunity to cast a ballot and vote for their favourite venue. The 2016 People’s Choice Awards will be running until the end of September 2016 and encourages the public to visit the award winning businesses and cast a vote for a chance to win FOUR Thermal Experience passes to Thermea Spa. Click here to VOTE