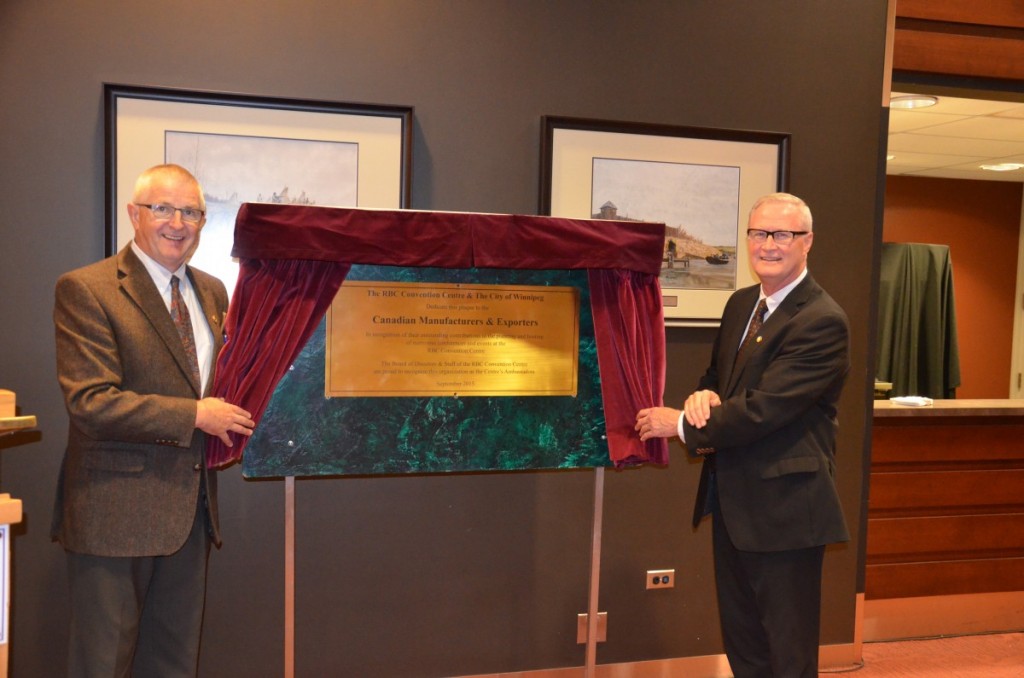 At a plaque presentation on September 30, the RBC Convention Centre honoured the Canadian Manufacturers & Exporters (CME) with induction into its prestigious Ambassador Plaque program.

In recognition of their outstanding contributions to the planning and hosting of numerous conventions and other events at the RBC Convention Centre, the CME became the 33rd organization to join a group of highly distinguished associations on the Centre’s Wall of Fame, located just inside the York Avenue Entrance.

“CME Manitoba has worked with the RBC Convention Centre to host many events for the last 10 years. We are always pleased with the responsiveness and flexibility of management and staff, and recognize the important role they play in helping to make our events a success,” said Ron Koslowsky, Manitoba Vice President, Canadian Manufacturers & Exporters. “As we watch the exciting transformation of the Convention Centre, it is an honour to know our name will permanently be a part of it.” 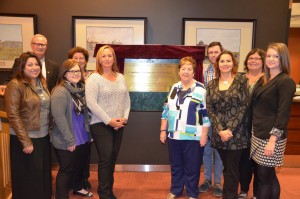 The CME is Canada’s largest trade and industry association, and the voice of manufacturing and global business in Canada. Founded in 1871, CME represents more than 10,000 leading companies nationwide, and – through various initiatives, including the establishment of the Canadian Manufacturing Coalition – touches more than 100,000 companies from coast to coast, engaged in manufacturing, international trade, and service-related industries.

“In addition to holding their annual conferences here, we applaud CME along with the Association for Manufacturing Excellence in their efforts in bringing two large national LEAN Conventions to Winnipeg in 2012 and 2015,” says Klaus Lahr, President and CEO, RBC Convention Centre.