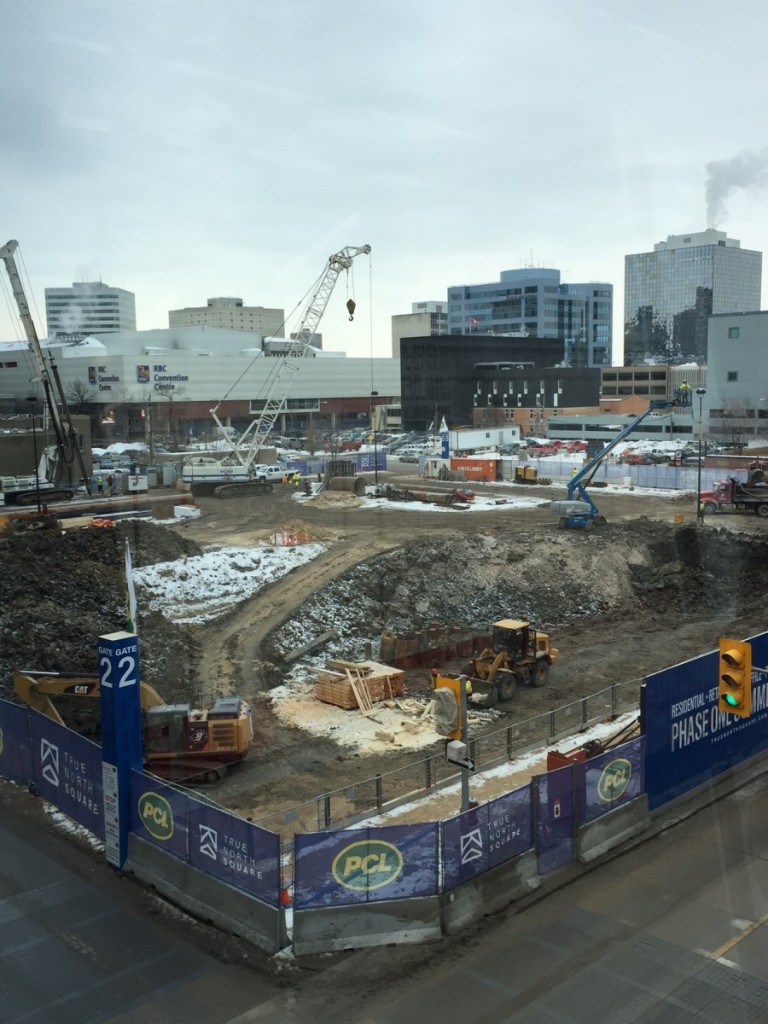 February 24, 2016 – True North Sports and Entertainment has announced plans for True North Square that will include four towers of mixed-use space including a long awaited luxury hotel that will be connected via a skywalk to the RBC Convention Centre in downtown Winnipeg.

The Sutton Place Hotel will build two exquisite towers – a 27-storey, 275 hotel room tower and a 17-storey, 130 residential-unit tower which will be located adjacent to the convention centre.

“This is great news for downtown Winnipeg and wonderful news for the RBC Convention Centre,” said Drew Fisher, President and CEO. “This new hotel has been the missing page from our expansion story and we’re excited this chapter is about to be written.” 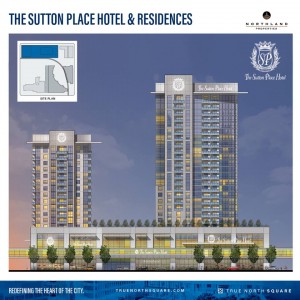 Sutton Place has reported that they will be bringing their “Tradition of Luxury” philosophy to their Winnipeg property with tasteful elegance, classically refined decor and warm and inviting staff. Their hotel will feature an indoor swimming pool, whirlpool, fitness centre, spa, conference facilities, a landscaped roof-top garden and an elaborate porte-cochère to both the hotel and residence towers.

Along with the Sutton Place towers, True North Square’s two remaining towers will include a mixed use-development that will offer office, retail and residential space with a large outdoor plaza and parkway with public seating and greenspace.  Anchor tenants that have been announced to date are Scotiabank and Thomson Dorfman Sweatman LLP, one of Manitoba’s oldest law firms. Manitoba Liquor & Lotteries is expected to open a flagship liquor/food mart.