The RBC Convention Centre will be party central when the 103rd Grey Cup Festival takes over Winnipeg, November 26-29, 2015.

“We are proud to once again be a part of the Festival as we host the biggest events during the Grey Cup weekend,” said Klaus Lahr, president and CEO, RBC Convention Centre. “Fans from across the country will converge on our city and we’ll be ready to host the largest and best parties to ensure their time here will be memorable and enjoyable.”

Organizers of the Festival predict more than 10,000 visitors are expected to come to Winnipeg for Grey Cup week to take part in parties, entertainment and of course, the championship game.

Events at the RBC Convention Centre

Grey Cup Festival Concert Series
In the three days leading up to the championship game, downtown Winnipeg will be full of energy and excitement thanks to the Grey Cup Festival Concert Series that kicks off Thursday evening with a celebration of country music with Juno award winning Canadian artist Dallas Smith, special guest Aaron Pritchett and others.

The Atlantic Schooners 9th DownEast Kitchen Party
For three evenings, the Atlantic Schooners will host a party with live performances by the East Coast’s own, The Dust Rhinos and The Mudmen. The kitchen party will also feature world famous lobster rolls, interactive games, prizes, the annual Schooner Jersey Auction and of course, a COD fish just waiting for a kiss!

CFL Alumni Legends Luncheon
A star-studded event honouring the CFL history and alumni, the CFL Alumni Legends Luncheon is an opportunity to meet some of the CFL’s greatest players of all time. As part of the luncheon, the CFL Alumni Association presents their Man of the Year award, the Canadian Football Hall of Fame will announce their Class of 2016 and the Winnipeg Grey Cup Festival Host Committee will officially hand off the Grey Cup trophy to the next host city.

Touchdown Manitoba
Manitoba’s hospitality takes centre stage at this annual party hosted by the Winnipeg Football Club. This afternoon celebration is an opportunity to cheer, chant and celebrate the Blue & Gold with entertainment, food, mascots, cheer teams, and a special appearance from the Grey Cup trophy.

Getting around downtown
Find out how to get around Winnipeg by bus during the 103rd Grey Cup festivities week: 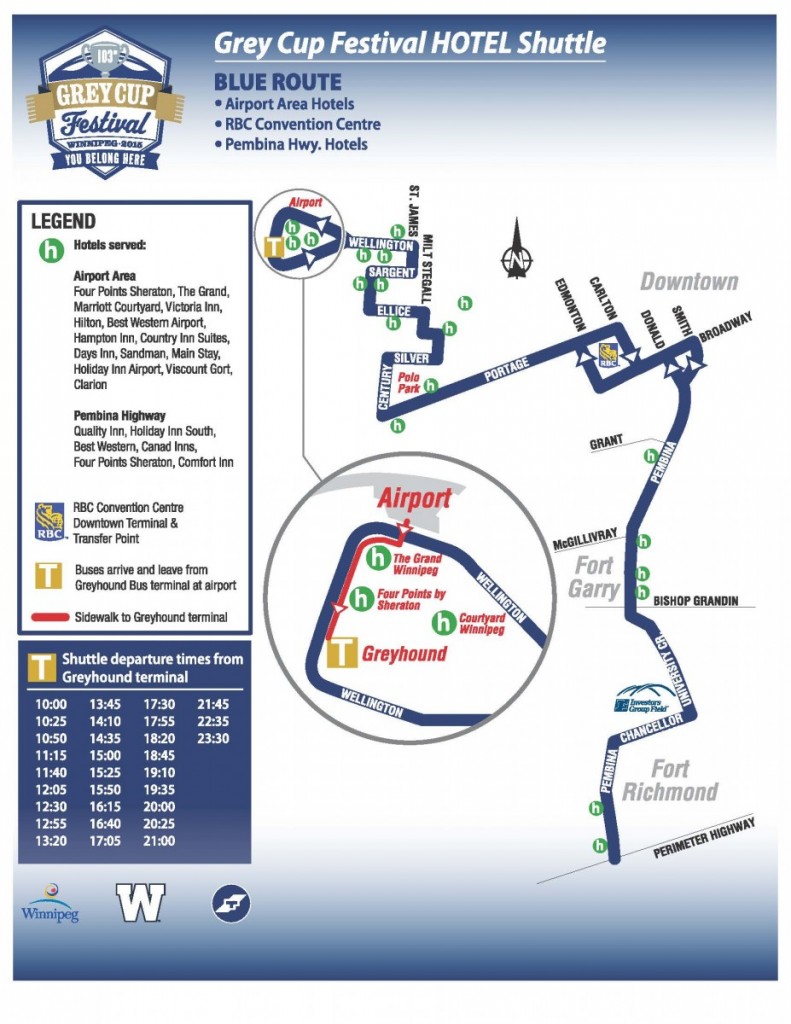 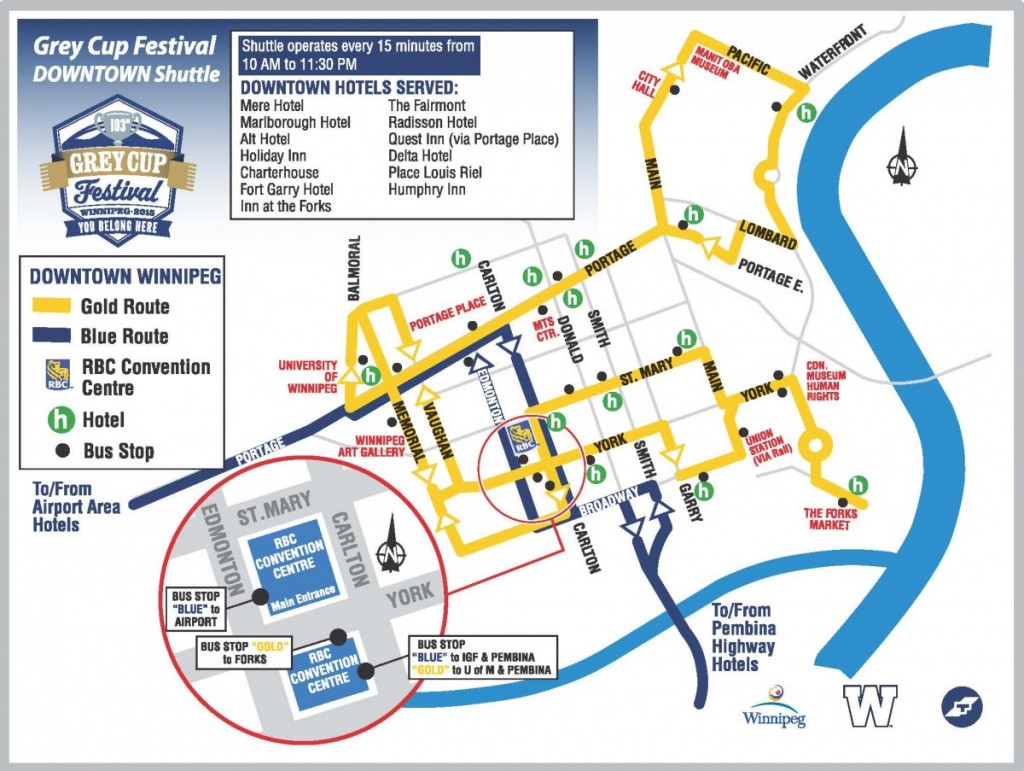