The RBC Convention Centre is the largest convention facility in Manitoba. We’re actually the fourth largest convention centre in Canada. With over 260,000 square feet of meeting and trade show space, distinct and flexible meeting rooms, we’re the go-to venue for regional, national and international conventions, conferences and events.

Standing large and strong in the centre of downtown Winnipeg, we’re proud to contribute to the economic prosperity of our city and province with an impressive $66.4 million in 2017. From provincial tax revenues to delegate & exhibitor spending to payroll and supplier spending – the RBC Convention Centre is an economic giant contributing millions each and every year.

Last year we hosted 36 conventions, 48 consumer and trade shows and 660 events which brought 556,932 attendees and visitors through our doors.  Just imagine the economic spin-offs!

A convention centre acts as a vehicle for spending that ends up practically everywhere in the local economy.  Simply because from the time delegates arrive, they start using a whole range of goods and services.

Did you know that when a convention delegate comes to town, they spend up to four times more than a leisure traveler? While visiting our city, a convention delegate spends approximately $310 per day which covers everything from hotel accommodation, transportation, entertainment, recreation, attractions, meals, drinks, shopping and so much more.

In 2017, between the delegates attending conventions and exhibitors at trade and consumer shows, they spent an impressive $39.8 million. And they used 143,941 hotel rooms while they were here. When you break that number down, that’s equivalent to using 395 hotel rooms every single day – 365 days a year! When the convention centre is full, everyone get a piece of the action.

The impact of the expansion and renovation of the RBC Convention Centre has been transformative and is generating a level of business activity well beyond what was anticipated. We have built it and they are coming. We are attracting those larger conventions and trade shows that may not have considered Winnipeg as an option before and that’s great news for everyone. 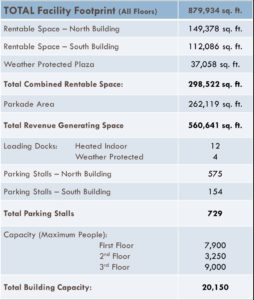 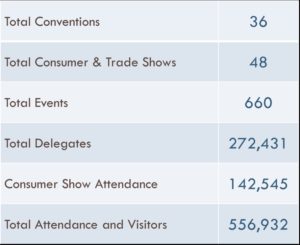 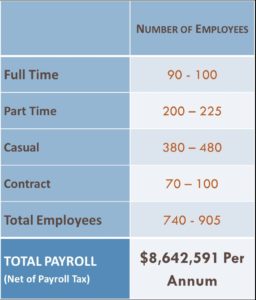 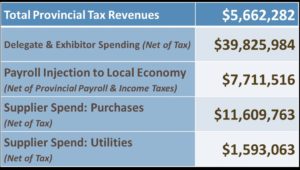 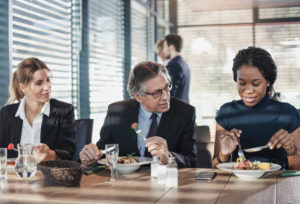 Convention delegates & exhibitors at trade and consumer shows spent $39,825,984 in Winnipeg on everything from hotels, transportation, air travel, restaurants, entertainment, shopping and shopping. 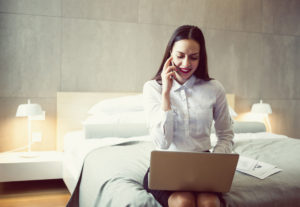 Convention delegates & exhibitors at trade and consumer shows used 143,941 hotel rooms in 2017. That’s 395 rooms every single day for an entire year! Add the room attendants, front desk staff, laundry, housekeeping and everyone else needed to make sure those rooms are ready for these guests — that’s a lot of employment!